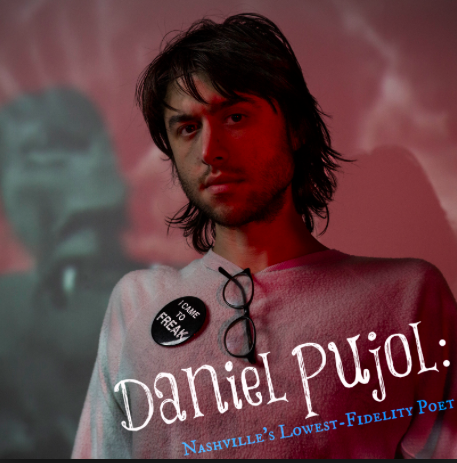 So much of this blog has been devoted to the long overlooked Nashville rap scene, but the deeper I delve into the Nashville underground, the more gems I find outside of my genre of choice. Pujol was not found via a Soundcloud rabbit hole like so many artists I find are, but rather from a more unexpected source.

The first person I disclosed this blog to was my AP English teacher, after he revealed his love for underground rap and punk rock, which was a completely foreign interest to basically any other teacher at my conservative, suburban school. I put him onto Nashville rap, and he put me onto Nashville rock, and his first suggestion outside of the Infinity Cat circle was none other than Daniel Pujol.

That night I went home and googled him, and was very surprised at what I saw. A scrawny dark haired kid with a big smile and huge, subdued personality. I clicked on his KEXP session, which is kinda like the No Jumper for indie rock for those unfamiliar, and was quickly impressed by his dry, almost unintentional wit, as well as his incredible passion he played his music with.

This wasn’t the indie rock I was used to that either bitched about the government or told sob stories of girls, or even the occasional power-ballad about beer and adventures. Obviously elements of this culture remained, but as I paid attention to the lyrics I was startled by the shocking levels of nuance and frankly genius of their content.

Daniel Pujol and his band play loud and fast. No two songs sound too much alike, and each one seems to leave you with a particular lyric that ingrains itself into the depths of your consciousness for days to come. His powerful lyrics are complemented by a surprising twang for someone, bluntly, so obviously intelligent. My interview with him was far and away the best I have ever done with an artist, as he spoke of the problems with liturgy and the nature of esotericism, instead of frivolous opinions.

But don’t just think of him as a rocker. Daniel Pujol constantly reinvents his style and medium in which he conveys his message, as his last two projects have featured large quantities of spoken word pieces that leave me salivating for more. It’s almost like every one of his songs is a musical TED Talk on philosophy. He is a gem in the indie rock community, and should be appreciated by all Nashvillians, both young and old.

Check out our talk with Daniel Pujol here:

MCU: Your music seems to be wrapped either directly, or indirectly, around religion in much of your music, and perhaps your most thought provoking line goes, “Show me that your Sacred Heart’s the human kindness kind.” How have particular religious doctrines influenced you, and what is your responsibility as an artist to comment on the church, or any worshipping body’s shortcomings?

DP: What a great question; thank you! That line comes with a dollop of Catholicism and a pinch of Shakespeare! Well, I minored in Religious Studies. World Religion is all over the place throughout all my stuff. They’re very economical symbols; they’ve promised things. Their histories can be utilized and storied with nuance to jet where I’m trying to go in two and a half minutes.

But, I’m more interested in liturgy than religion: Liturgy to argue the possibility of liturgy’s existence. What provides liturgy for us today? Where is it coming from. The concept of liturgy is fascinating to me. What are hymns are we really humming along to?

As a songwriter, I feel more of a responsibility to imagine past shortcomings than to power-point them out. We’ve all heard a list of bad things. That’s not my bit. I suppose the kinds of shortcomings we’re talking about are broken promises, norms, etc; types of promises that allow us to imagine their fulfillment — perhaps, as challenges. I write on the challenges more than the shortcomings.

So, I feel a responsibility to have expectations — and imagine past disappointment. Living is a challenge. The world has enough long lists of why the truth — or what’s real, whatever you need to call it — is ugly. We’ve got it covered; so I’ll try something different, something challenging, and risk making a fool of myself — against the “insurance” of my own tall-comings. 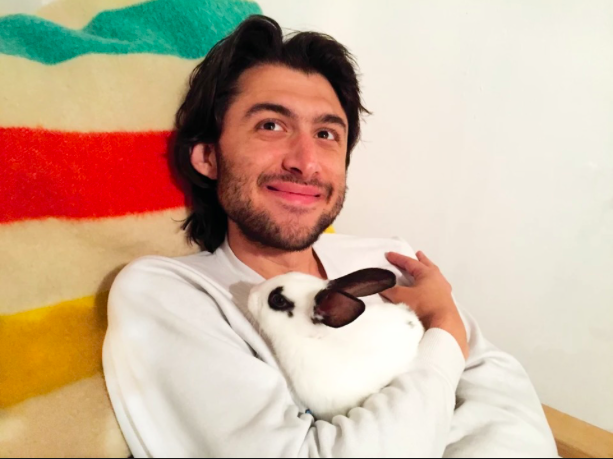 MCU: Do you think you have come close to solving these liturgical and religious unknowns, or is the very nature in searching for them cyclical?

DP: Do you think you have come close to solving these liturgical and religious unknowns, or is the very nature in searching for them cyclical?

I don’t approach them as needing to be solved. Everyone love’s a good mystery. I don’t believe my own experience enough to believe otherwise.

I view all that stuff as tools; tools used for doing and creating things when used properly. A hammer can be a tool or a weapon — both with and without nails. You can’t really solve that or prevent it being unknown.

I’m not sure on the cyclical. There’s a lot of protagonistic antics throwing cycles around nowadays; that’s too easy.

Especially in politics — masked as appeals to redeeming “civilization.”

It is pretty perverted to launder the conflation if policy preference and human civilization through the lens of faith.

Plus, it just seems cheap and trashy to gamify human spirituality like that.

MCU: You have told me, and referenced in many other interviews, your desire to always be learning and studying. Do you think this constant pursuit of new knowledge will result in more experimental sounds and styles for Pujol, as deeper understanding is naturally followed by esoteric pandering to more advanced sects of specific interests and sub-genres? For example, the more one learns about religion, they beginning to get more and more specific in their research about the particular doctrine one studies, and it has already begun to manifest itself with much more spoken word output.

DP: That’s a great question. No, I don’t. First, I’m primarily interested in communicating with my work. Since it’s the 21st Century, I don’t hold to “new is always good” or “the obscure is the avant-garde and that is what’s next,” paradigms.

Who knew Walmart was an experimental child-detainment facility all these years? “Woah, brah.”

I do, however, like experimenting within popular forms and pushing the communicative possibilities within forms; not for the sake of nostalgia, but in order to have enough context — aka liturgical materials –to invite the audience.

Second, I like being edited. I demand it when I have access to it. It’s great for papers, poetry, composition; critical feedback is good. I want to be as clear as possible. Even if I’m totally informed by the most wacky bizarre source material ever; it’s a waste of my time to go unedited.

Nothing I do is “done” until I believe it’s been properly edited with a mature, responsible second party, but that lets me keep a lot of work alive and in long-game dialogue.

No, my research is pretty intuitive and interdisciplinary. I could start on the history of advertising and end with a YouTube video about Shakespearean blank verse; I just follow the thing. I allow myself to be led and gather as much to write with as possible. I let it show itself.

The spoken word is another medium I picked up on to communicate with. Some ideas work better as songs, some as poems.

I try not to waste tadpole ideas on social media. I like to let them gestate, reveal themselves, and I’ll plug them into whatever avenue of expression I can best present them with. Spoken word requires less moving pieces, too. So, there’s a mobility to it that I enjoy.

MCU: What’s up with all the diagrammed sentences on your instagram?

DP: Again, going back to liturgy — one day, I thought about how user interface (UI) with social media platforms are a massive, common experience — a massive common user experience (UX). So common, they’ve even been adopted and gamified by political power structures.

At a large enough certain level, is an application’s UI a liturgical UX experience? That goes back to, “what are our common touchstones, liturgy’s — and where are they coming from?”

Now from a communication standpoint, when using a platform, you announce your intent through that apparatus, but your intent is lensed through the platform’s UI — then that becomes part of your and any witnessing follower’s UX. That reminded me of grammar and sentence diagrams; something that is communicative, but is occasionally format restrictive. Why?

I don’t know, but I’m into diagramming sentences. It is fun. Plus, I’m not crazy about posting on social media either; so they give me something to do on it. It is a tool.

It interests me how socially, commercially well-known interfaces or technologies influence a style of communication, and that communication reciprocally  becomes part of “the experience.”

MCU: In “Stinky Toy” you take a hard look at identity and the responsibility and expectation that naturally attaches itself to any status quo. Do you think that people can work too hard to “be themselves,” and in this pursuit of authenticity lose themselves in a vain desire to be more “real” than the next man?

A fitting ending to the most informative and intellectual piece I think I will ever do.